Tools of the trade

Tried the scarphing jig out today,each stringer batten has 2 scarphs in it, 64 in total. To cut them & plane them all by hand would have taken far too long. the jig allowed the table saw to cut them quickly & accurately with ease. 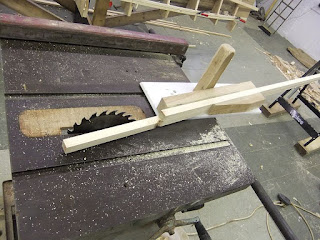 And here are some more tools! The bottom one is a Prestons spokeshave i picked up many years ago its probably at least 90 years old & is one of my favorite tools.
Above it is a nice Stanley 130 block plane, i rescued it from the light iron skip in a friends scrapyard a few weeks ago.
The long chisel also came out of the light iron skip last year, it was made by Hearnshaw & son of Sheffield (john bull brand) & could be up to a century old. The original handle was so eaten by woodworm that it disintegrated. I turned a new replica handle from a fine piece of boxwood. It takes an edge like a cut throat razor. 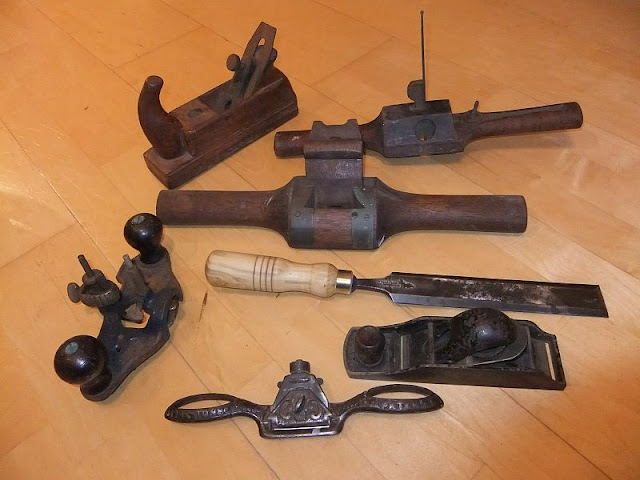 The three wooden planes & record router plane came from the same scrap dealer today at a grand cost of £20. Apparently they belonged to Reg patten of Sea Kings boatbuilders in Leigh, so quite a bit of history there.
Some people like to collect old tools, i like to use them as well.
Probably a bit of a paradox using tools like these on a Gig being built in modern materials!