Small boats on the creek

Unlike some people we have a small fleet of boats!
The one on the left is a Heyland trout that came from Barking boating lake. a friend rescued her & sold her to me for 30quid at the yacht club annual dinner as he was emigrating the next day!
My son Nick & i stuck a rig on her, mast was an old boom from a broken up Seaking yacht, sail is a cut down mizzen from a seadog. She cost us about £100 on the water. She is named "Beag" i am told gaelic for small! 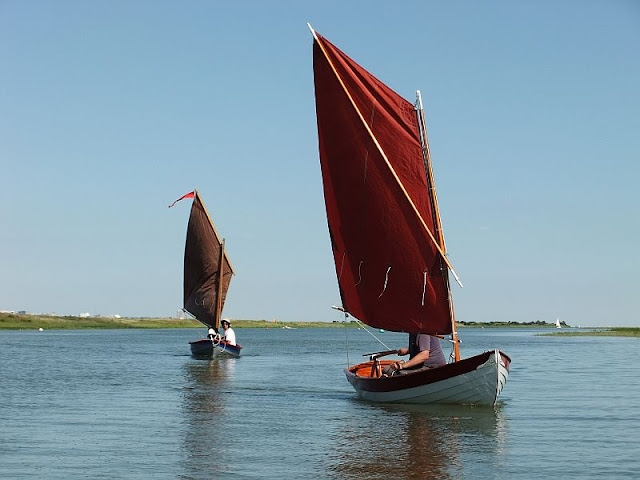 The boat in the foreground Emily Ann is from John Gardners book "Building Classic Small craft" She is from the lines published therein similar to a Spurling rowboat.
She was the last boat my father built back in 1993 and she was never launched.
After 20 years in his barn he asked me to take her away & finish her off last year, this was her maiden voyage.

Not to be outdone my wife Wendy has her own small boat Skellum! 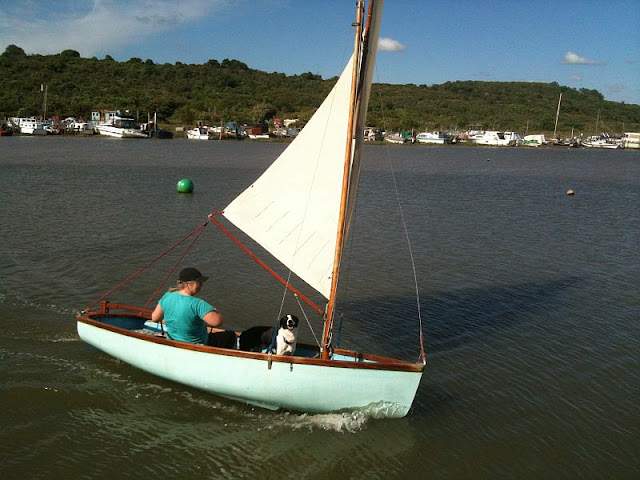 Skellum is a Blue streak class GRP dinghy, these were popular hire boats n the Norfolk broads & were built in the early 60's. Some years ago we saw a pile of these at the back of a boatyard in Stalham stacked like slipper limpets.
She is somewhat over engineered & heavy but is a fine little boat. The dog seems to enjoy sailing even though he can be a bit clumsy at times.